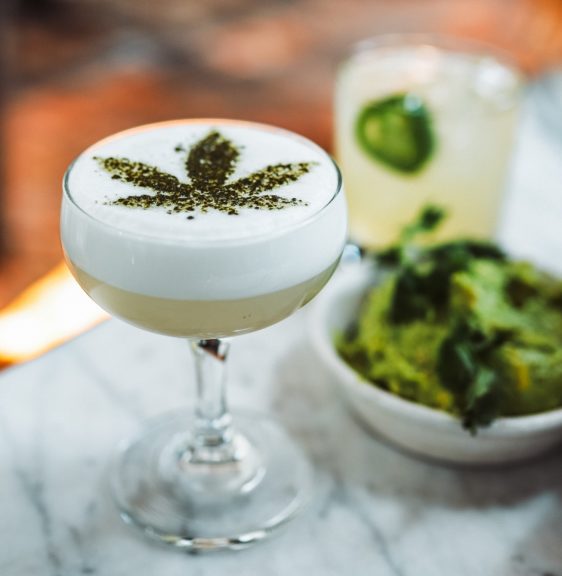 The next potential commercial real estate gold rush is decidedly green – and many local businesses here in Birmingham, particularly those in the food, beverage, and hospitality industries are striking while the iron is hot. In December 2018, Alabama passed the Farm Bill Law that updated the legal status of cannabidiol, an active cannabis ingredient derived from the hemp plant. The new bill legalized industrial hemp beyond the initial pilot programs first authorized by Congress in 2014, which recognized hemp as a cash crop and explored the use of the plant in a wide range of fabrics, foods, and materials.

According to Alabama Attorney General, Steve Marshall, the latest grade of legalization expands the parameters of use, allowing the “cannabidiol derived from hemp to be used to and containing no more than 0.3 percent THC is legal to produce, sell and possess in Alabama.” It’s important to note that cannabidiol, commonly referred to as CBD, can also be extracted from marijuana, a plant that’s related to hemp. However, THC, an intoxicant found in both plants, is found in far lower concentrations in hemp. According to a released public notice, CBD derived from marijuana is not legal to possess, sell, or produce in the state of Alabama.

What The New CBD Law Means For Alabama Businesses

Alabama business owners have taken note of the new law. The recent CBD legislation has inspired Alabama merchants to enhance existing products and/or create entirely new offerings for the client base. Birmingham’s Paper Doll Bar has hopped onto the hemp trend, partnering with Relyf, a leading manufacturer of premium-quality CBD oil, to develop artisan cocktails that include the natural oil.

Revelator Coffee, another Birmingham business, has followed suit. The popular coffee shop and community gathering spot has also collaborated with Relyf to include CBD oil-infused drinks on its menu. Revelator patrons can now add three drops of the Relyf CBD oil to their beverages for a mere $1 at all of their Birmingham locations. Although only recently launched, the Revelator’s new initiative has already been deemed a success, drawing an influx of curious customer from throughout the Greater Birmingham region to its doors.

How Legalized CBD Oil May Influence Other Business

The success of Paper Doll Bar and Revelator’s CBD initiatives has other local business owners throughout Birmingham reconsidering their own menu and services, wondering if they too, can use the seemingly popular, now legal, CBD oils to draw larger consumer crowds to their storefronts. Why the sudden interest in CBD oil? Although there is still much to study about this plant derivative, recent tests indicate that cannabidiol could be linked to a wide range of potential health benefits, including:

Scientists are even researching the oil’s effect on other health conditions including cancer treatment symptoms (nausea, pain, and vomiting), high blood pressure, diabetes, and even substance abuse management.

Cannabidiol To Have Biggest Influence On Food And Beverage Industry

The diverse potential benefits delivered from CBD have business owners brainstorming ways to utilize the product. Much like Birmingham, the impact of the legalization is most likely to have the most significant influence the food and beverage industry, where cannabidiol can be easily included into meals and cocktails, either directly as an a la carte upgrade. Unlike Alabama, many commercial real estate owners will have to wait for the laws in their state to catch up with consumer interest and demand. Despite federal law making low amounts of THC legal, all 50 states currently have different legislation governing local law as well as different courses of action to reverse existing governances. As a result, shop owners across the country are moving forward with caution as they determine the precise boundaries of legalization where they do business.

Looking for commercial real estate in Birmingham and the surrounding region? We can help. Contact Southpace Properties to speak with a licensed real estate professional today.